Every one of us has a dream dog breed in the back of our minds. Most of us are working towards the moment of fostering a dog that’s “perfect” in our minds.

But what about the rescue dogs?

Did you ever consider adopting a rescue dog? It’s true that rescue dogs bring a lot more responsibility to the table – but I still believe that almost anyone is a great fit to adopt a rescue dog.

People are often scared of the unknown, so this post is the perfect place to start your research.

Down below, you will find the most important reasons why you should adopt a rescue dog, how to prepare yourself for the adoption of a rescue dog, but you’ll also find a heart-touching connection between a young child and a rescue dog!

Why Think About Adopting a Rescue Dog?

Adopting a dog means that you’re essentially saving a life. Just like humans, all animals in shelters deserve a second chance.

There are not enough homes for the number of dogs born in the same year.

But by adopting a rescue dog, you are breaking the cycle of overpopulation which essentially means you will save more than just one dog!

In the worst-case scenario, by adopting a rescue dog, you might be able to put a stop to animal cruelty.

If you would like to have an adult dog – there’s no need to wait! Instead, by adopting a rescue dog, you can adopt an adult dog straight away.

Taking care of a rescue dog isn’t always easy. But most people don’t even know that if you adopt a rescue dog from a shelter – you receive lifetime support & resource from the same shelter.

This means that whenever you have an issue or a problem with your dog – they’ll be able to step in and help out.

Most people don’t even think of rescue dogs as well-maintained dogs when in fact, they receive good care prior to the adoption.

And in the end, whether you know this one by now or not – you pay less. But don’t let this make you believe that rescue dog is worth less than another dog because of its price! That’s not how it works!

Incredible Relationships Develop Between a Child and a Rescue Dog

Introducing a dog, especially an adult dog, to a young child can make some parents feel unease. But if you take proper steps, it shouldn’t be a big of a deal if it’s a young child or not involved with the dog.

It’s no secret that rescue dogs need love and it’s a well-known fact that most dogs are keen on bonding with younger children. 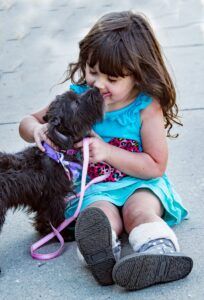 Believe it or not, kids will be over the moon to have the opportunity to bond with a rescue dog.

Not only it is a dog, but it has its own story which will add a bigger meaning to the way a young child thinks.

In no time, kids will end up teaching rescue dog a new trick, enjoy taking the dog to family trips, hike with the dog, or even swim!

Whether it’s a rescue dog or not – they are big fun and can offer a next-level companionship that young children can learn from.

But dogs aren’t only there for fun. It’s scientifically proven that kids who grow up with pets such as dogs are less likely to develop asthma and allergies later in life.

It’s also proven that kids who grow up with a dog are less likely to be overweight and obese later in life.

Therefore, not only will a rescue dog in a house be a lifesaver, but the love factor is never going to away!

What are the Benefits of Adopting a Rescue Dog?

Almost every one of the reasons I mentioned earlier is also a benefit of adopting a rescue dog. But you should remember.

When it comes down to rescue dogs, benefits are not only what you get out of the situation. Yet instead, benefits are everything dogs experience as well!

Paying less yet being able to adopt a dog that previously received good care is one of the main benefits people go for a rescued dog.

But even if the money isn’t a problem – I believe that adopting a rescue dog has mutual benefits between the dog and the new owner.

Not only do you get to build a new special relationship by helping a rescue dog out – but you get to encourage others to adopt rescue dogs which just benefits the whole community since it is a chain reaction.

When someone else is encouraged by your adoption and they adopt a rescue dog – they start the new cycle of breaking the pet overpopulation, possibly putting a stop to animal cruelty and a lot of other benefits snowball after this.

I’ve heard of situations where people were lucky enough to be able to adopt a trained dog!

You never know what you might come across and that’s the beauty of going to a shelter and having your pick, knowing that you will make a significant change and provide much-needed love.

Things to Know Before Adopting a Rescue Dog

Who knows, you might have already made up your mind to adopt a rescue dog.

Even if you haven’t – that’s okay but I’ll still show you a couple of things that I believe you should know before adopting a rescue dog.

But even before starting to browse available rescue dogs in your local shelter – there’s one thing you need to know.

Not all dogs ended up in shelters because they’re bad. That’s a myth and it’s simply not true. Of course, bad behavior is a reason at times – but it’s not the case very often.

Instead, you should prepare yourself because every rescue dog is unique. All rescue dogs are individuals and they have their own personality.

With this being said, you should know that every dog will require time to adjust to your home. 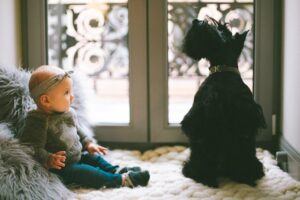 Your home is familiar to you, but it will be a new environment for the rescue dog and that’s something you must keep in mind.

It’s hard to tell how long each dog will take to adjust in the new environment.

Therefore, if a rescue dog seems shy and anxious – there’s nothing wrong with them. They’re just doing their best to adjust to the new environment.

It’s also advised to avoid “trigger-stacking” which basically means you should give rescue dogs time to adjust without putting them around triggers that could cause anxiety.

Should You Give a Rescue Dog a Well-Deserved Home? 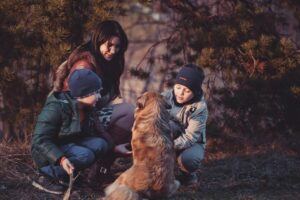 There’s absolutely no reason not to give a rescue dog a home.

Whether you purchase a dog, adopt one from a family or a friend, or foster a rescue dog – there won’t be any difference at all.

Some people avoid adopting rescue dogs because they think a rescue dog will be problematic in the future. This simply isn’t true.

In fact, any dog can be problematic and there’s no reason to be biased against rescue dogs.

Instead, sharing your home and giving love to a well-deserved rescue dog won’t only make you feel good – but it will give rescue dogs another chance.

Believe me, a dog will never forget what you do for him and that’s the best part of it.

By simply going through the process of adoption, providing a home, love, and time to a dog – you will have a dog that will be loyal until the end.

And when we consider the financial aspect of adopting a rescue dog – it’s very affordable and it won’t put any strain on your finances.

Also, there’s always full support available by the shelter that you receive if you adopt a rescue dog which is a big advantage.

Is there anything that might be stopping you from adopting a rescue dog?

Worth It In The End

Did you ever think about adopting a rescue dog before? Do you know anyone that adopted a rescue dog?

Whether you have children or not – there is nothing you should be worried about. If you have young 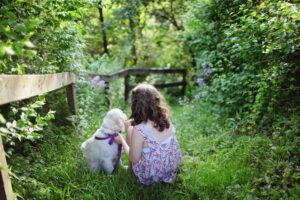 children – believe me, they will have a blast.

But keep in mind that every rescue dog that’s adopted requires time to adjust – so make sure not to put any pressure on the dog.

I also highly recommend bookmarking this post so you can always come back and read it again until you remember all the important things you should know before adopting a rescue dog!

Are you thinking about providing a well-deserved home to a rescue dog? What is your biggest concern?

I would love to hear your thoughts about the special Relationship Between a Child and a Rescue Dog.  You may leave your thoughts, comments and/or questions in the section below this article and I will be more than happy to respond.

“Saving one animal won’t change the world, but for that one animal, the world changes forever”

This site uses Akismet to reduce spam. Learn how your comment data is processed.

👉👉PLEASE NOTE: WE ARE NOT A RESCUE ORGANIZATION, ADOPTION AGENCY, OR FOSTER CARE AGENCY.

WE DO NOT RESCUE OR PLACE DOGS IN ANY OF THESE AGENCIES.

THIS WEBSITE ONLY PROVIDES INFORMATION ABOUT RESCUING, ADOPTING, AND CARING FOR RESCUE DOGS.👈👈 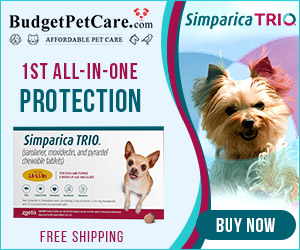 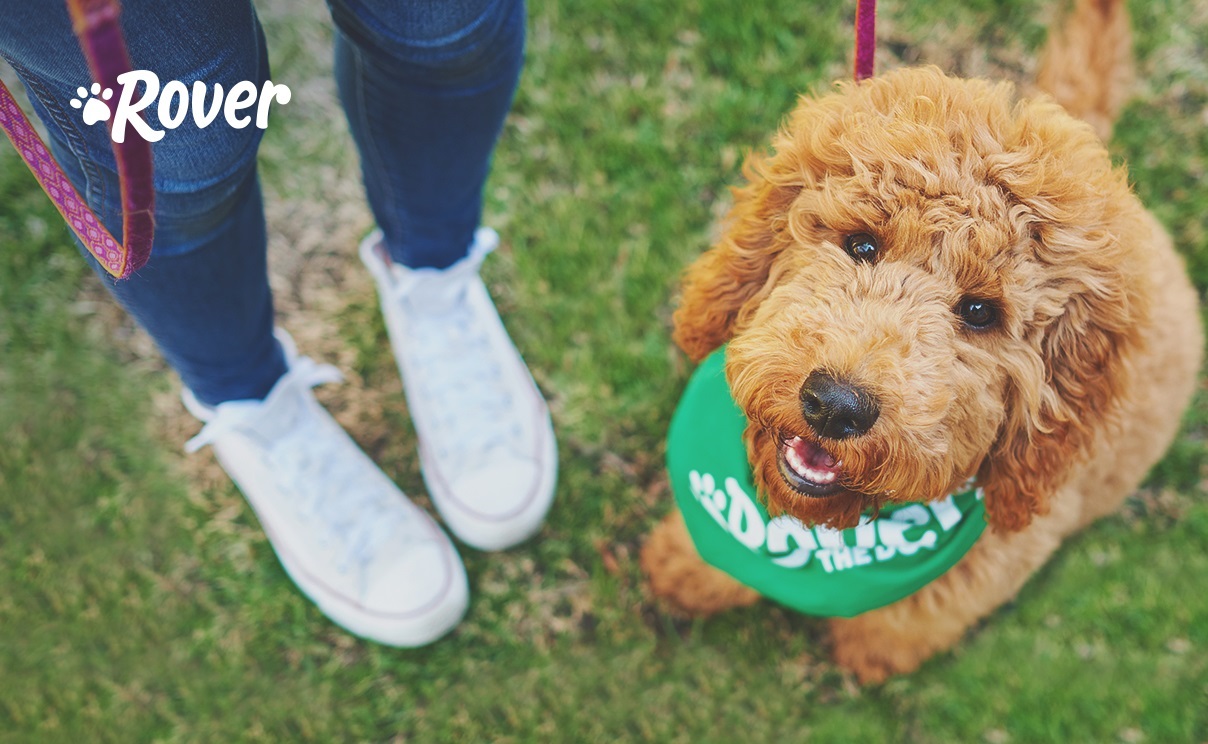 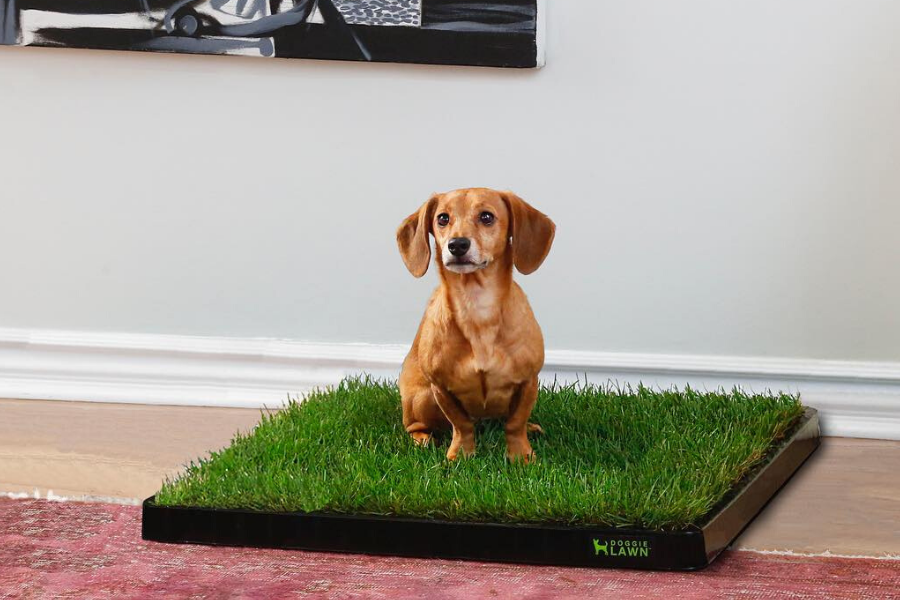 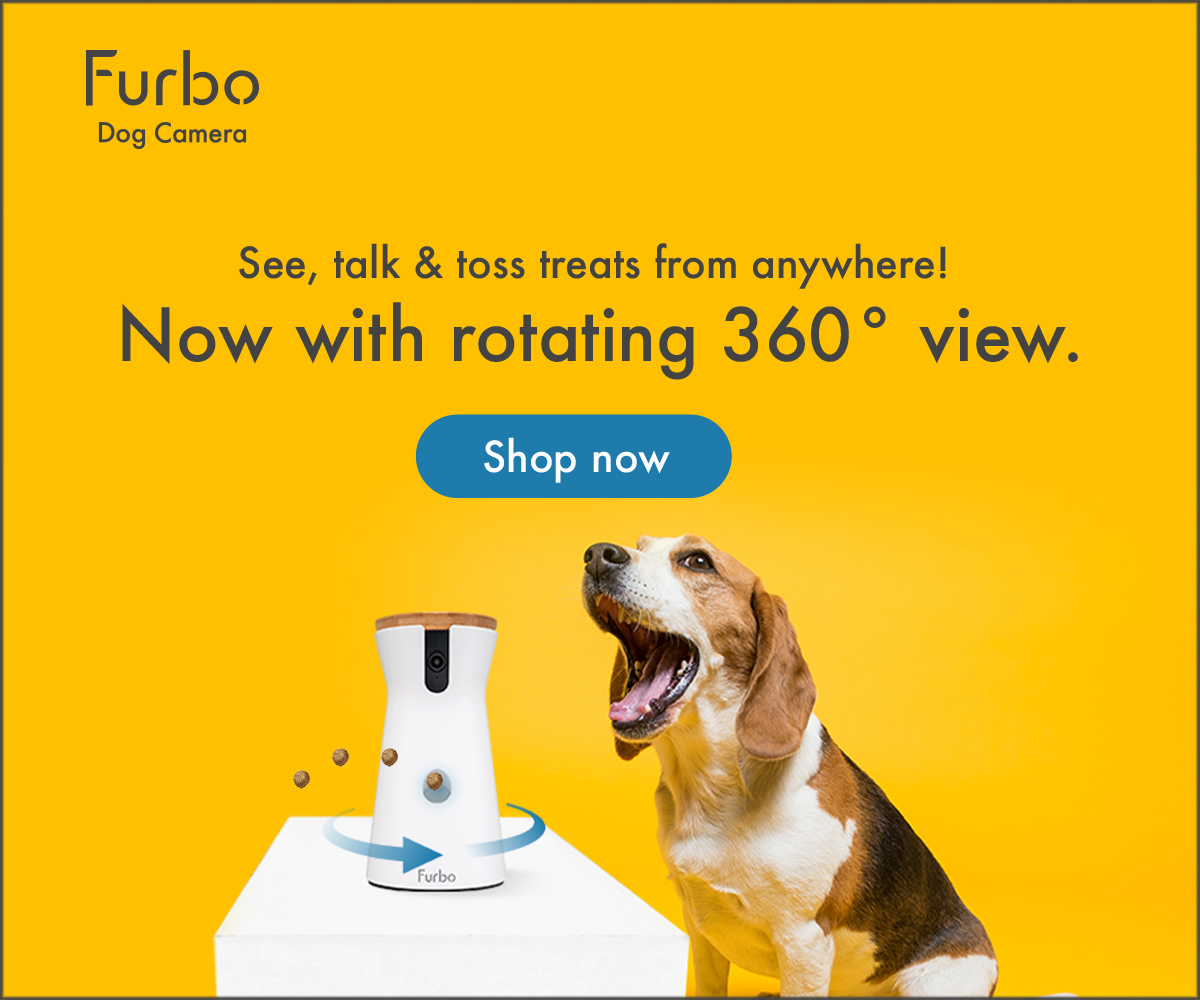 BRAIN TRAIN YOUR DOG WITH THE AIRPLANE GAME! 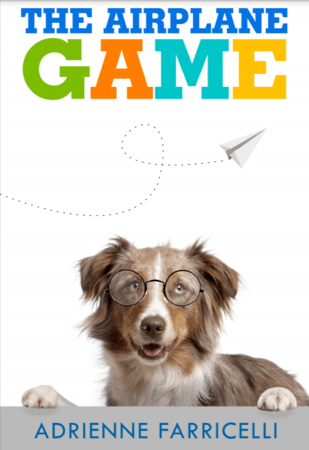 You have successfully subscribed to the newsletter

There was an error while trying to send your request. Please try again.

BRAIN TRAIN YOUR DOG WITH THE AIRPLANE GAME!

You have successfully subscribed to the newsletter

There was an error while trying to send your request. Please try again.